Recovery is not a linear process, it’s a journey. The journey to sobriety is full of achievements and progress, setbacks and stagnation. Even though the path to sobriety isn’t linear, it’s also not hopeless, and it certainly doesn’t mean that you are not recovering or in recovery. It’s common for relapses to be a part of this journey. Relapse happens to a lot of people recovering from drug addictions. Unfortunately, it’s also not unusual that those in recovery have one or more relapses along the way. Living a sober life takes practice; every day is a choice to live without drugs.

Addiction is complex and relapse can happen for a variety of reasons. It’s important to note that one of the major misconceptions about relapse is that there is a lack of desire to get sober. In actuality, one of the most common reasons for relapse is a newly found perception of having gained more control and a desire to test it out. Someone with addiction issues may talk themselves into using again with the logic; “I know I struggled with my drug of choice in the past, but this time I know I can control my use and stop before the situation gets out of hand.” Reasons for relapse vary on the individual, but can include anything from:

For many reasons, people with addiction issues are more likely to overdose than others. The most obvious and physiological reason for the likelihood of an overdose is that tolerance levels decline after a period of sobriety. A dose that was once taken frequently can be deadly. Other circumstances that present a risk of overdose include:

Deciding to live a sober life is in some ways like deciding to go on a diet. It’s hard to learn to do things like eat less, exercise more, and avoid some favorite foods. It’s hard to refrain from eating too much and gaining back weight. Like with drinking, people can slip up on their diet and binge on junk foods, overdosing in quantity.

For some drugs, a relapse can be deadly. If an individual with addiction issues stops using drugs and then takes the amount they used before quitting, they can easily overdose. An overdose occurs when a drug causes intense, harmful symptoms or death due to a toxic amount of a drug, or combination of drugs, in the system. Overdose is so likely because the user’s body is no longer acclimated to having the same amount of drugs in their system that they frequently had before.

One class of drugs that are particularly threatening for overdose is opioids. Opioids are a class of drugs that include the illegal and addictive drug heroin, synthetic opioids such as fentanyl, and pain relievers that are available legally by prescription but also used illegally by those with drug addictions. Opioids have a higher risk of overdose because they depress the central nervous system causing breathing rates to slow, sometimes stopping indefinitely.

For those who have a loved one with an addiction to opioids, naloxone, known as Narcan by brand name, can reverse an overdose from opioids. Having naloxone available to administer for an overdose can save a life. Overdose should be a wake-up call to seek addiction treatment.

Incredibly, someone who has overdosed and is a patient in the hospital, just on the brink of death, can then be released without a treatment plan. Fortunately, this protocol is changing in many parts of the country, but it does still occur. It’s imperative to seek treatment immediately after an overdose or a relapse to get connected to the recovery journey. An overdose or relapse can create an opportunity to seek treatment, especially while in the hospital where exceptional treatment can be advised.

Someone who has relapsed and overdosed is at significantly greater risk of another overdose. Use of cocaine or alcohol, or experiencing withdrawal symptoms in preceding months, can heighten the risk of an overdose as well. This is why it’s essential to take a treatment plan seriously. Treatment can assist to lower the chance of drug relapse and overdose.

At Boardwalk Recovery Center we take aftercare seriously. On staff we have a Head of Alumni who checks in on our past clients, ensures that they are safe and sober, and helps to minimize their risk of relapse and overdose.

Why Do People Use Drugs? The Science Behind AddictionFeatured 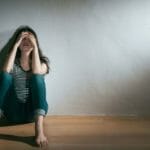 Comorbidity Between Substance Use Disorders and Mental IllnessesFeatured